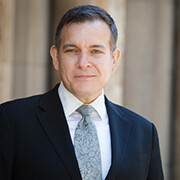 Paolo Bordignon, Organist and Choirmaster, previously served as St. Bartholomew’s Associate Music Director from 2005 to 2014, and then served as the Director of Music at St. Paul’s United Methodist Church in Houston before recently returning to New York. He is harpsichordist of the New York Philharmonic and performs in 2018-19 with Camerata Pacifica, the Chamber Music Society of Lincoln Center, Santa Fe Chamber Music Festival, Orpheus Chamber Orchestra, St. Paul Chamber Orchestra, New Jersey Symphony Orchestra, ECCO, the Florida Orchestra, and a Trans-Siberian Arts Festival tour with the Sejong Soloists. He has been a frequent organ recitalist at the Metropolitan Museum of Art.

He has participated in festivals including Aspen, Bard, Bridgehampton, Grand Tetons, Mostly Mozart, and Palm Beach, as well as New York Fashion Week. He has collaborated with Renée Fleming, James Galway, Wynton Marsalis, Bobby McFerrin, Midori, Itzhak Perlman, and with composers Philip Glass and Elliott Carter as soloist in their concerti. Born in Toronto of Italian heritage, Dr. Bordignon is a graduate of St. Michael’s Choir School, the Curtis Institute of Music, and the Juilliard School. He is an associate of the Royal Conservatory of Music and a fellow of the Royal Canadian College of Organists. 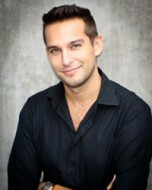