I am very pleased to announce the Reverend Meredith Ward will be joining the clergy team at St. Bart’s as an Interim Associate Rector beginning the first Sunday of June. Prior to her ordination, Meredith spent her career working in the New York art world as a gallery director. In 2004, she opened her own gallery, Meredith Ward Fine Art, which she continues to operate on Manhattan's Upper East Side. With a specialty in 19th and 20th-century American art, Meredith has worked with museums and private collections around the country. She will work half-time at St. Bart’s while she continues to operate her gallery. Bi-vocational ministry is becoming more and more common in the Episcopal Church, and I look forward to this creative experiment at St. Bart’s. 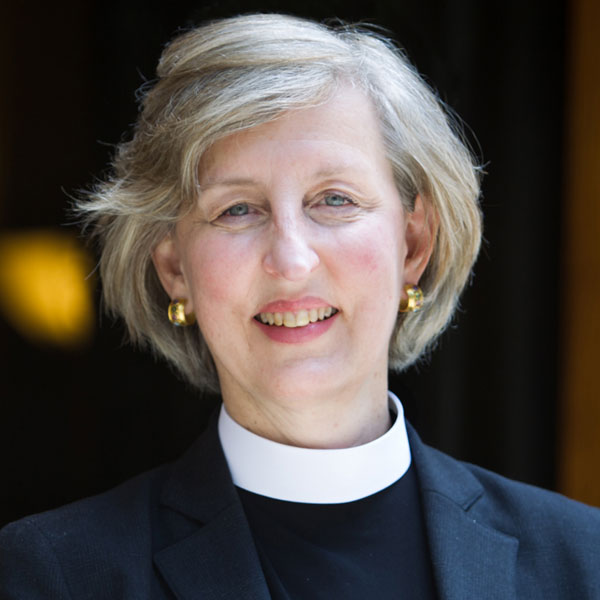 Meredith was born and raised in New Jersey and is a long-time resident of New York City. During the past year, she served as Priest Associate at The Church of the Ascension, Manhattan, where she has been involved in all aspects of parish life, including planning and leading Sunday forums on topics such as theological reflection and art and spirituality. She also co-led with Ascension's clergy team, a newly established anti-racism group. As a seminarian, Meredith served as an intern at St. Ann's Episcopal Church in the Bronx, where she led adult Bible study and established a Friday evening healing service. At the diocesan level, Meredith is a member of the Diocesan Council and the Episcopal-Jewish Relations Committee of the Diocesan Ecumenical and Interfaith Commission.

In addition to her pastoral ministries, Meredith is particularly interested in the intersection of art and spirituality and the ways in which art can be used as a medium for spiritual study, prayer, and contemplation. As a partner in an interfaith marriage, she is also committed to interreligious engagement and dialogue and has a passion for exploring the Jewish roots of Christianity.

Meredith and her wife, Debra Wieder, have been together for almost thirty years and are coming up on the nine-year anniversary of their marriage. Debra also works in the art world and is an accomplished calligrapher. Together they enjoy museums, travel, opera, theater, and working on The New York Times crossword puzzle.

I look forward to having Meredith on the St. Bart’s clergy team where she will assist us in the areas of worship, pastoral care, and adult education. I invite you to warmly welcome her (and Debra) to our community, and I ask you to continue to pray for the search processes still taking place for our other Associate Rector positions.

Welcome, Meredith! Bienvenue!
We are so glad you will be part of St. Bart's.
You will find it a warm, compassionate, stimulating, and appreciative community.
All best wishes to you.