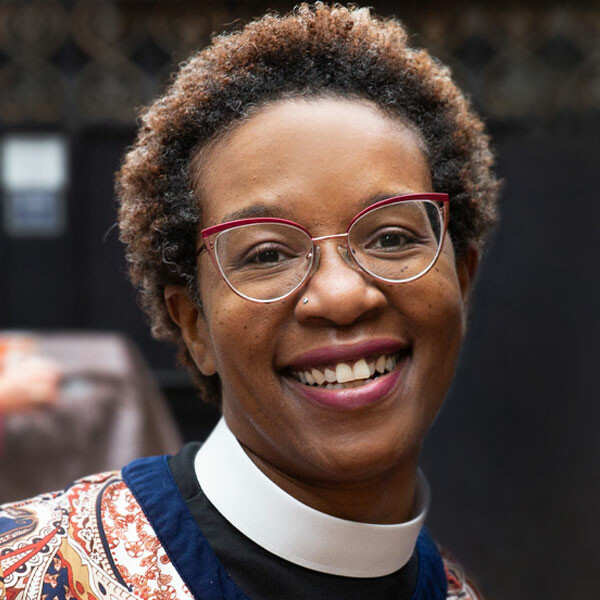 The Reverend Canon Dr. Stephanie Spellers is one of the Episcopal Church’s leading thinkers around 21st-century ministry and mission. She is a priest, author, speaker, and friend who currently serves as the Canon to the Presiding Bishop for Evangelism, Reconciliation, and Creation Care.

She is the author of Radical Welcome: Embracing God, The Other, and the Spirit of Transformation as well as The Episcopal Way; Church’s Teaching for a Changing World and Ancient Faith, Future Mission: Fresh Expressions in the Sacramental Tradition. She has worked for many years at the intersection of practice and reflection, renewal and justice. Her latest book, The Church Cracked Open; Disruption, Decline, and New Hope for Beloved Community is an important response to the question, “What will The Episcopal Church look like over the next 50 years?”

Prior to accepting her current position at the Church Center, she taught at General Theological Seminary, served as a Canon in the Diocese of Long Island, and founded The Crossing, a ground-breaking church within St. Paul's Cathedral in Boston. Canon Stephanie spent five years as Chaplain to the Episcopal Church's House of Bishops, co-chaired the Standing Commission on Mission and Evangelism, and directed new ministry initiatives for the Center for Progressive Renewal.

Canon Stephanie began her career as an award-winning religion journalist in Knoxville, Tennessee; a job she took after graduating from Harvard Divinity School, where she studied religion and social change movements. She later graduated from Episcopal Divinity School and, in 2018, received an honorary doctorate from The General Theological Seminary for her contributions to the Christian faith and the wider Church. She grew up in Frankfort, Kentucky and maintains close ties to her extended family there.