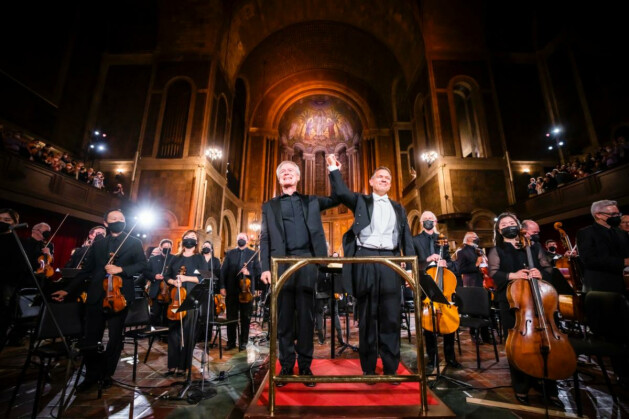 82 members of The Philadelphia Orchestra performed to a capacity crowd and the concert will be streamed online at a later date (more information forthcoming). Although the Orchestra was conducted by past St. Bartholomew’s Organist & Choirmaster Leopold Stokowski for 35 years, this was their first appearance at St. Bart’s.

Thank you to St. Bartholomew’s Conservancy for organizing this historic event which offered us a spectacular night celebrating music at St. Bart’s, and raised funds for the Conservancy to help with continuing restoration of the exterior of the church, specifically the West Façade.